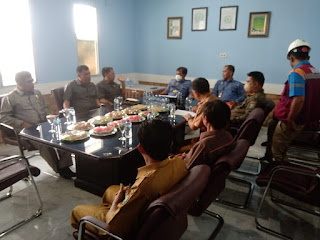 This was done to follow up on complaints from members of the public about environmental management in electoral district IV as well as follow-up to an inspection carried out by the government of Muara Enim Regency, on Monday (4/7/2022).

The Kunker was led directly by Mukarto as Chairman of Commission II DPRD of Muara Enim Regency along with Deputy Chair Muhammad Chandra and members, accompanied by the Head of Tanjung Agung Sahlan sub-district. M.Si, Head of Pulau Panggung Village, Syafri. AR, located in the meeting room of PT. BASS.

The material that was asked during the visit was the extent to which PT. BAS performs environmental management well, including in managing the Sludge Sedimentation Pond (KPL) in the PT. BASS.

And explained by Aris Study Palinbunga as KTT about the MPA management process before it was finally feasible to flow into the Enim river.

Mukarto as the head of Commission II of the Muara Enim DPRD conveyed that the management of the MPA was carried out properly and correctly according to the provisions so that it met the quality standards to be flowed into the Enim river,

“With this company, it is hoped that the investment climate will be better and local workers can be absorbed, so that the welfare of the community will increase,” said Mukarto.

Still in the same place, Sahlan as the sub-district head of Tanjung Agung expressed his appreciation to the leaders and members of the Muara Enim DPRD, especially the IV electoral district who had visited PT. BASS.

“As a positive response to public complaints in Lawang Kidul and Tanjung Agung sub-districts over allegations of environmental pollution resulting from the visit of Commission II of the Muara Enim DPRD, it will be used as reference material and input to the government that handles the problem in question to be followed up.

It is known that the visit was continued to the water management area (WWTP) which is being built further to the KPL 2 and 5 locations.

Fulfillment of the obligations and responsibilities of the management of mining business activities against any employee in the application... read more 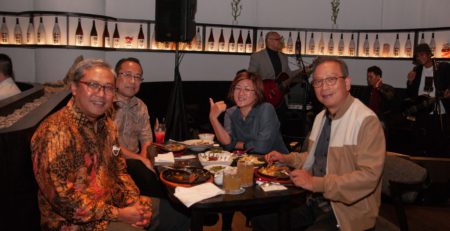